The hotel is planned to screen the car park with all rooms having an aspect across the town to the Pennines beyond. Behind the single aspect hotel a multi level car park will add to the existing capacity of the shopping centre, improving access and egress to the road network and simplifying customer circulation within the car park, replacing the steep spiral ramp with a simple scissor system. There will also be a new customer circulation core connecting both the car park and hotel to all levels of the shopping centre.

The site lies within a Conservation Area. Bolton is a Victorian brick town and bricks are the main framing element of the new building.  The height and scale of the new facade is commensurate with the Victorian St Georges House opposite, the bricks framing precast concrete panels and full height glazing to the rooms. As the building steps down the hill, the top storey changes to polycarbonate panels to match those of the new cinema which can be  seen further down Bridge St.

The site was home the the Palais de Danse, built in the 1930's as a respectable night out for the daughters of temperant mill owners, but converted into the Ikon night club in the 1970's. The club closed in 2013 and lay vacant and derelict until earlier this year when Inception bought it for redevelopment.

The corner of Bridge St and St Georges Road is given emphasis with a rooftop restaurant and bar and the entrance to the hotel is signified by a curved glass canopy wrapping the corner, reminiscent of the old Palais. 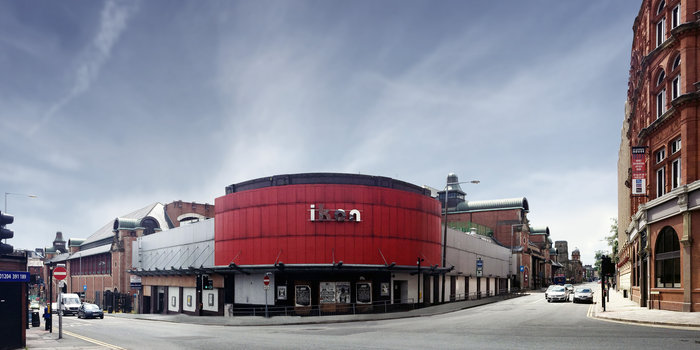 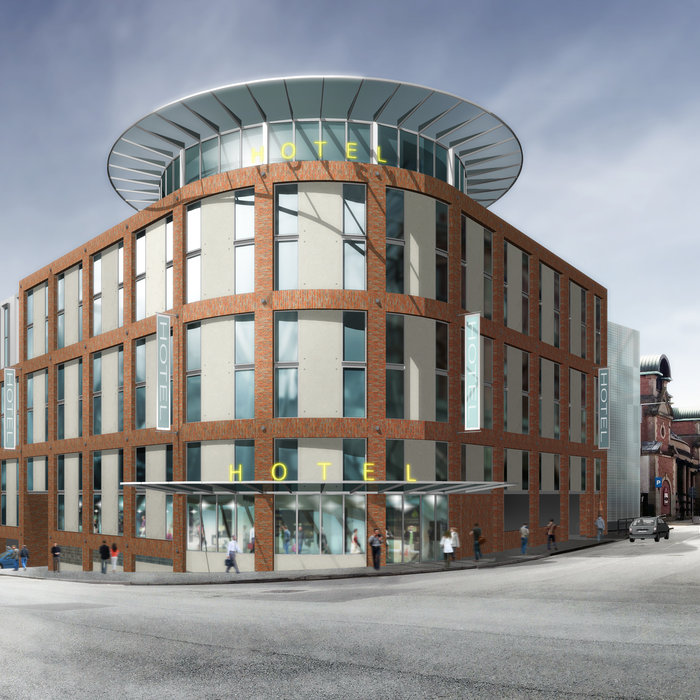 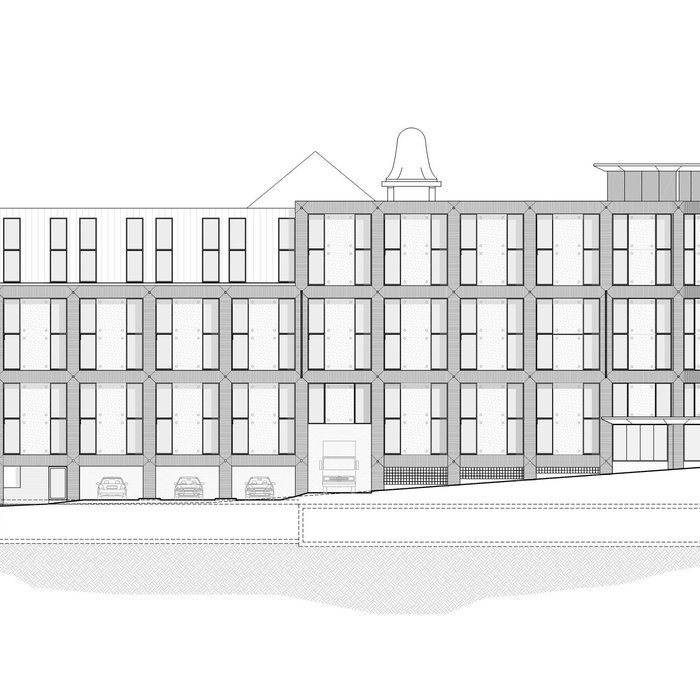 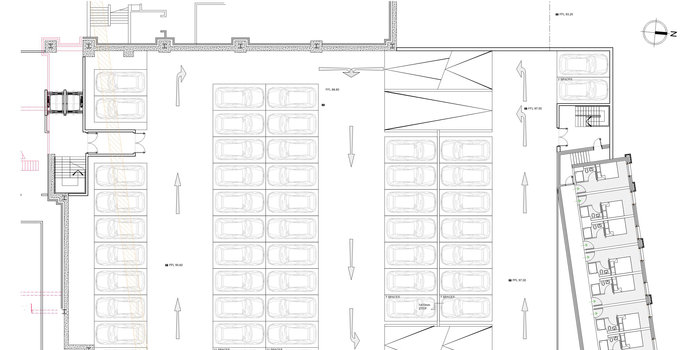 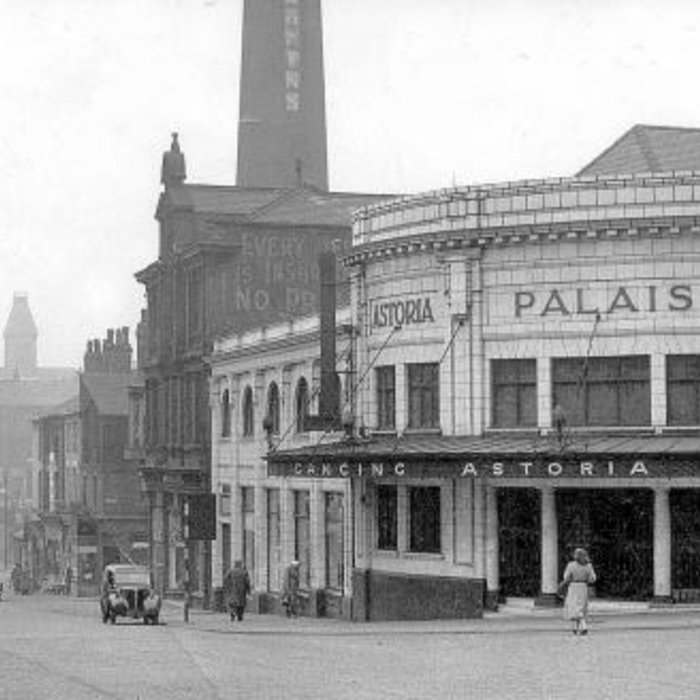 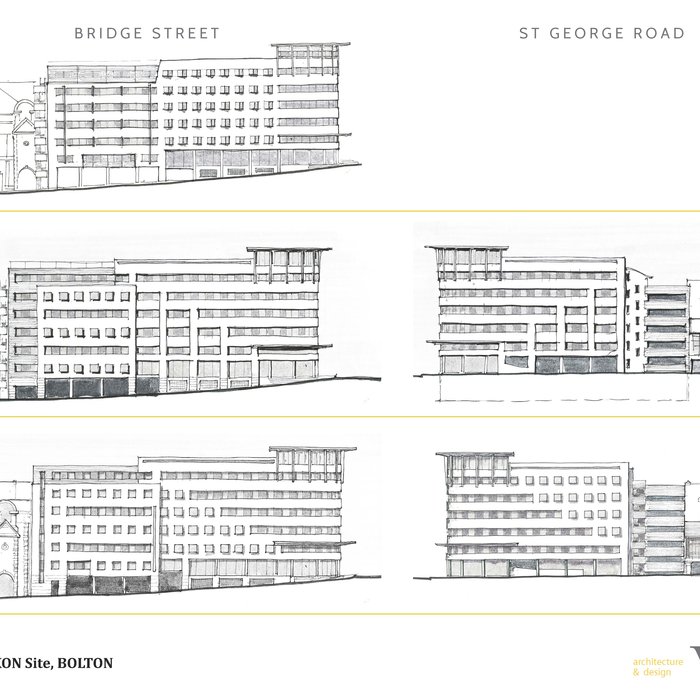 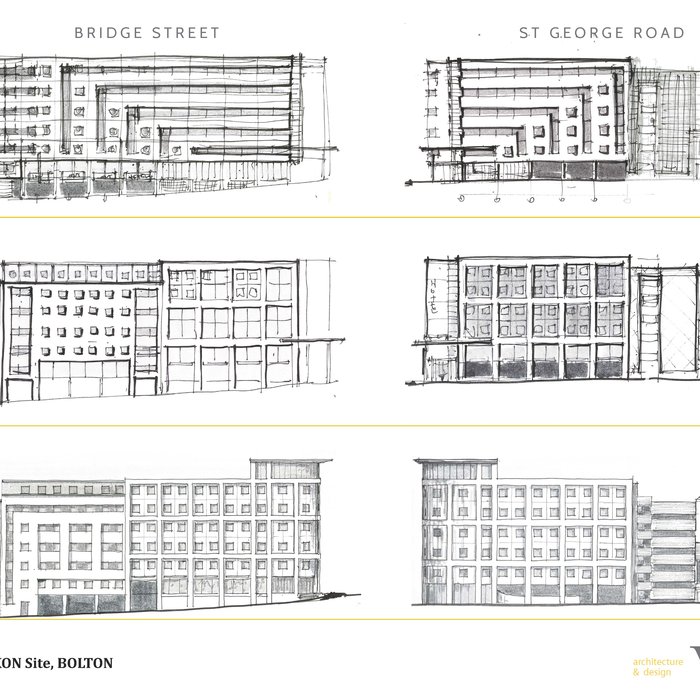