Whitefriargate was once the main shopping street in Hull but has suffered a gradual decline following the construction of successive shopping centres in the city centre, a decline that has been accelerated by the growth of on-line shopping. Currently approximately 50% of units are vacant representing 65% of the total retail area in the street. The street is the historic entrance to the Old Town and 60% of the buildings are Grade 2 or Grade2* Listed and it has been declared a Heritage Action Zone by Historic England.

The city council has been implementing a vision for the Old Town to attract tourism and new creative industry, with museums, remodelling the Trinity Market, the creation of a hi tech hub and the delivery of new residential and creative workspace on the old Fruit Market

Following an initial case study carried out in 2018 looking at the viability of converting ground floor units to provide floorplates that would attract national and regional food and beverage operators to the street to complement the vision, we were appointed to carry out a masterplan for the neighbourhood of Whitefriargate, including Silver Street and Hepworth’s Arcade. The masterplan was submitted to the DDCMS for Future High Street Funding in May of this year. 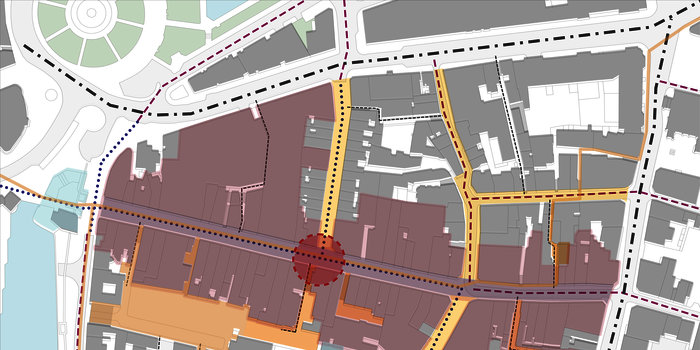 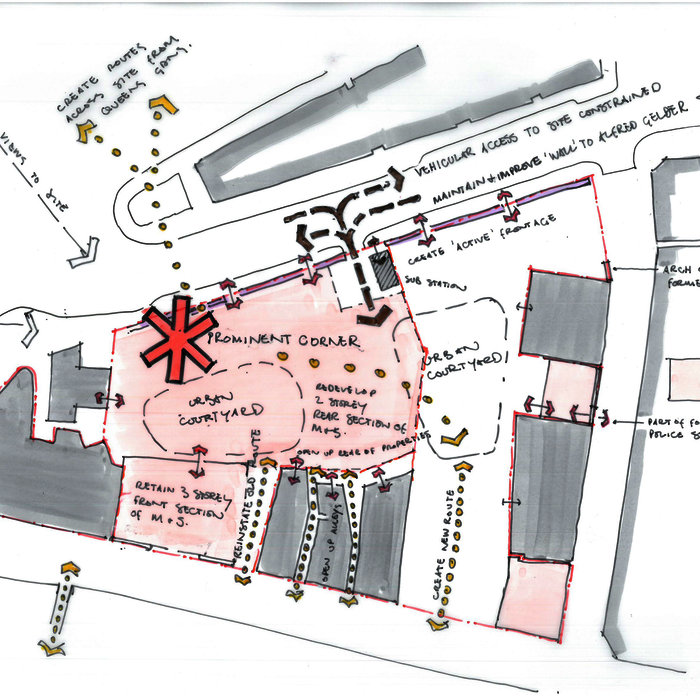 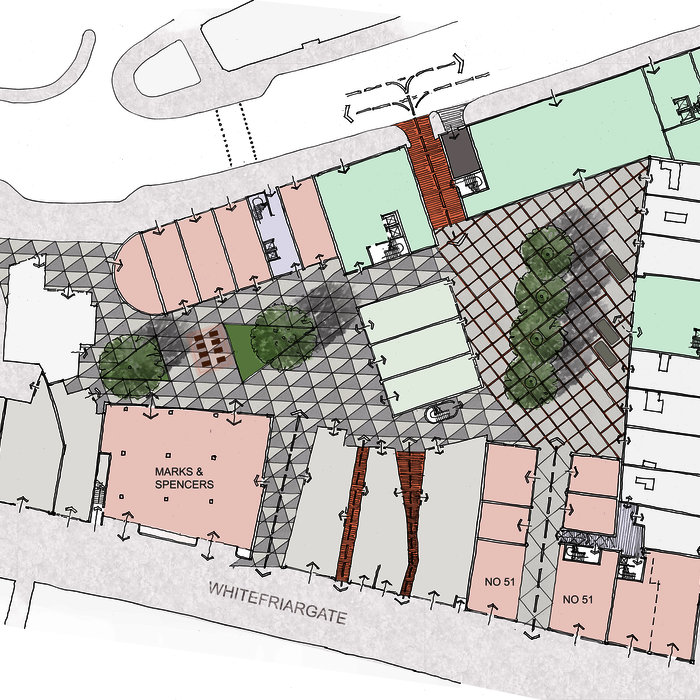 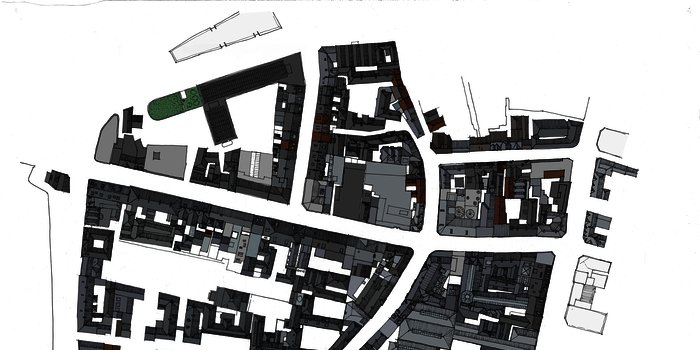 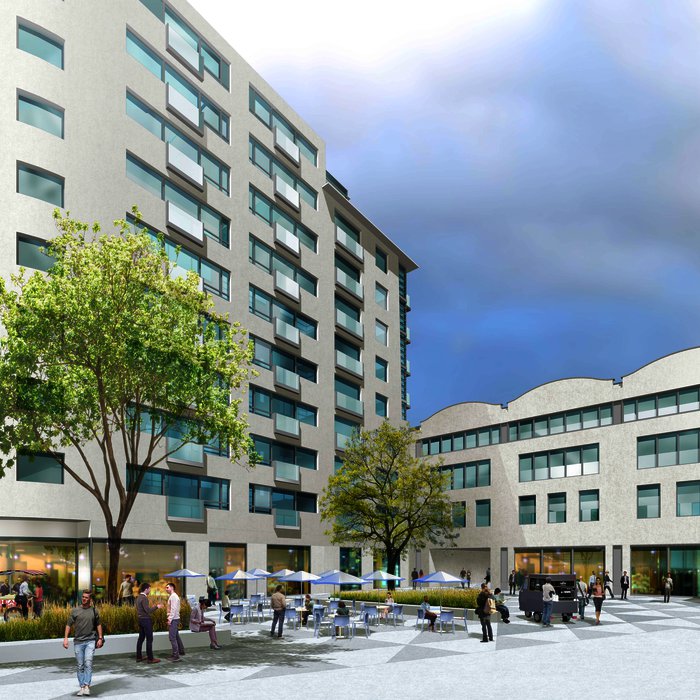 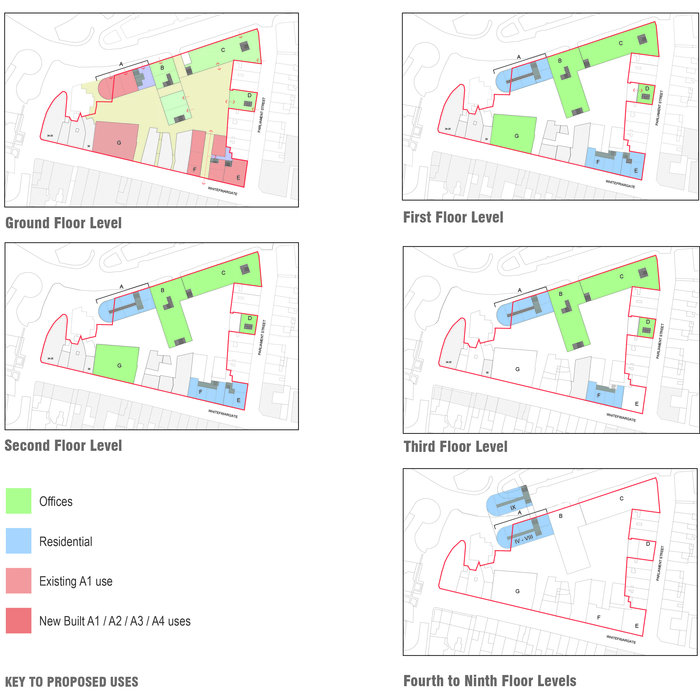 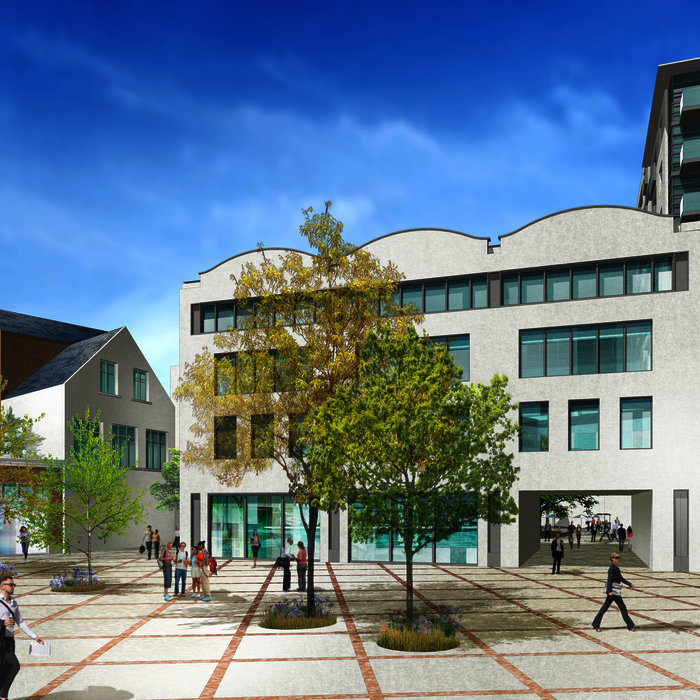 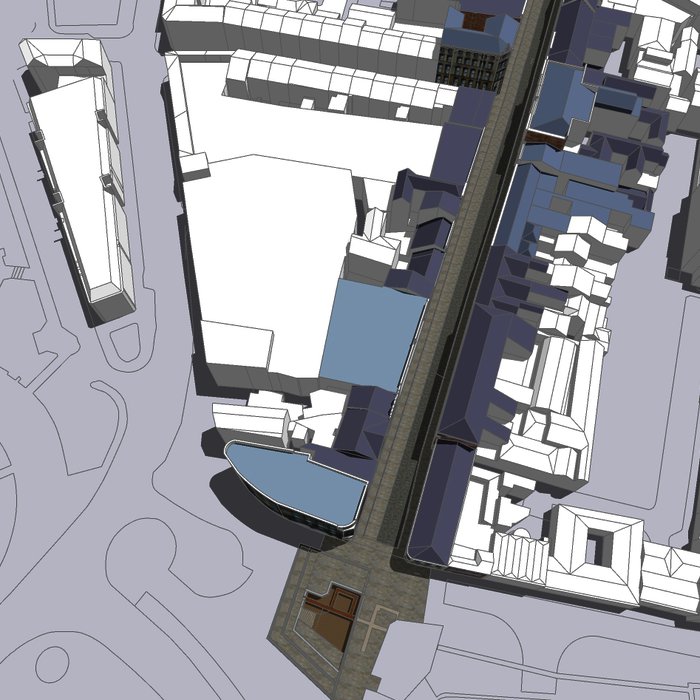 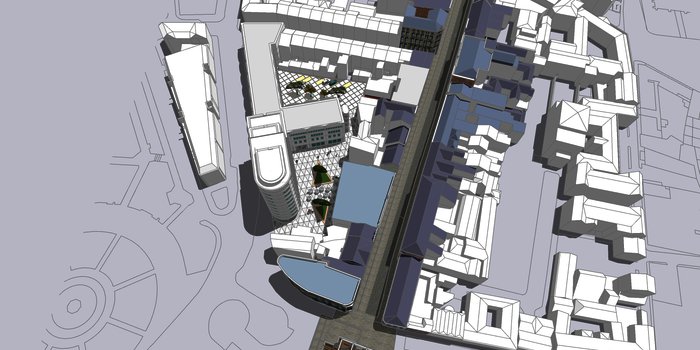 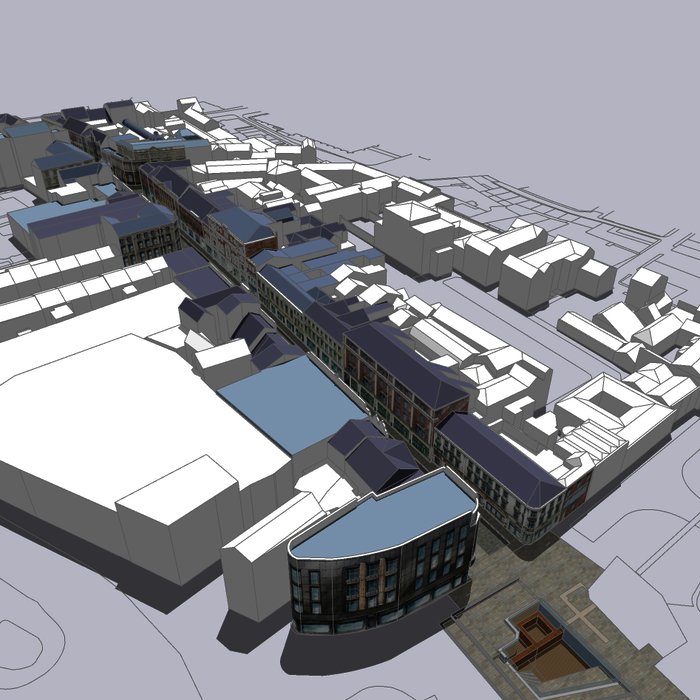 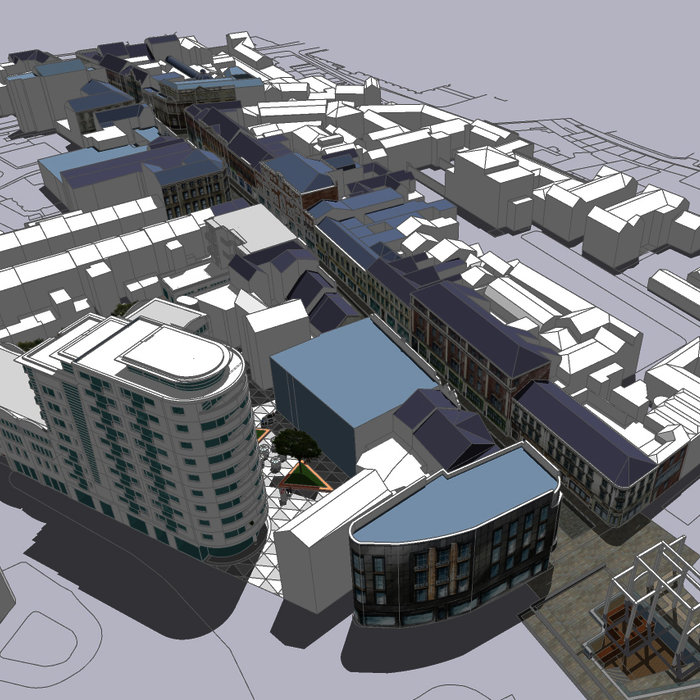 Our work has included detailed historic research into the development of the street over the course of two centuries, analysis of each of the properties in terms of ownership, tenancy, floorplates over all levels, Listing Status and urban and architectural identity – information illustrated on the elevation montages of each street.

Together with the city council and other members of the design team including Grant Thornton, Avison Young and Gardiner and Theobald, we have built the brief for the masterplan in consultation with various stakeholders including the University and College, the City Culture and Leisure, Hull Truck Theatre, Hull Dance and numerous others for a vision of the street as a new  creative quarter with workspace, applied learning for start-ups and entrepreneurs, makers spaces and training resources, health and fitness, urban living, music venues and recording studios, independent cinema and studios, artist workshops and studios and independent retail and food and beverage.

Analysis of floor plates and vacancies identified those parts of the masterplan that were appropriate for redevelopment and those which can more easily and successfully be repurposed. Options for redevelopment were tested leading to the evolution and final definition of the brief. Significant development interventions replace very deep redundant retail space with new squares and open spaces, pedestrian alleys and lanes connecting new workshops, offices and  residential.Other buildings are converted into urban cinemas, a venue, artists studios, recording studios and hub hotel

Public consultations and exhibitions were held in a vacant unit on the street and altogether we met with over 25 stakeholders. Altogether five zones were defined, each with their own identity and purpose to contribute to the overall vision.

The heart of the masterplan is The Matrix, an space where elements of the city’s University and College can work together with some of the creative agencies such as the Freedom Festival, Hull Truck Theatre Company and Hull Dance and some of the cultural institutes such as Ferens Art Gallery and the City Library to create makers spaces, workshops and arts and craft studios, rehearsal rooms and recording studios, co-working space and business development support hub. 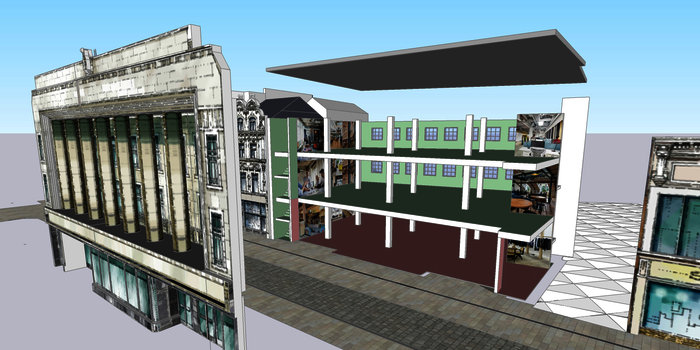 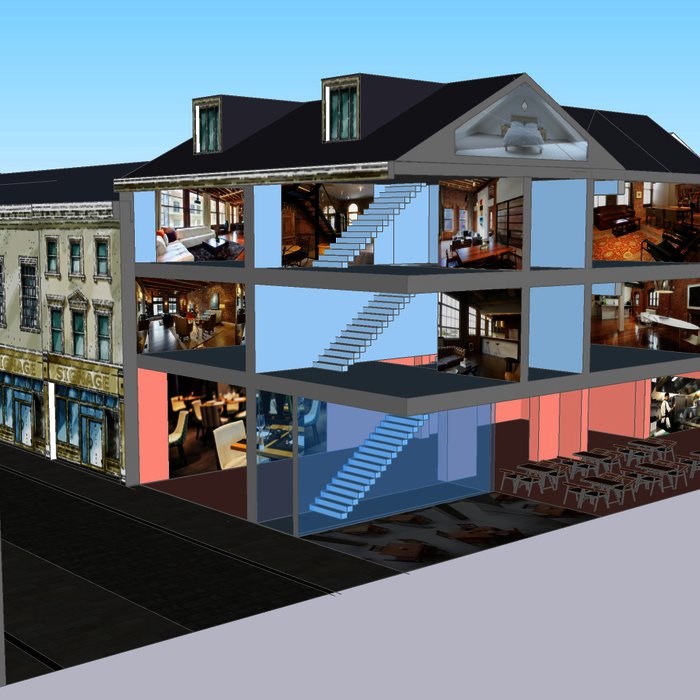 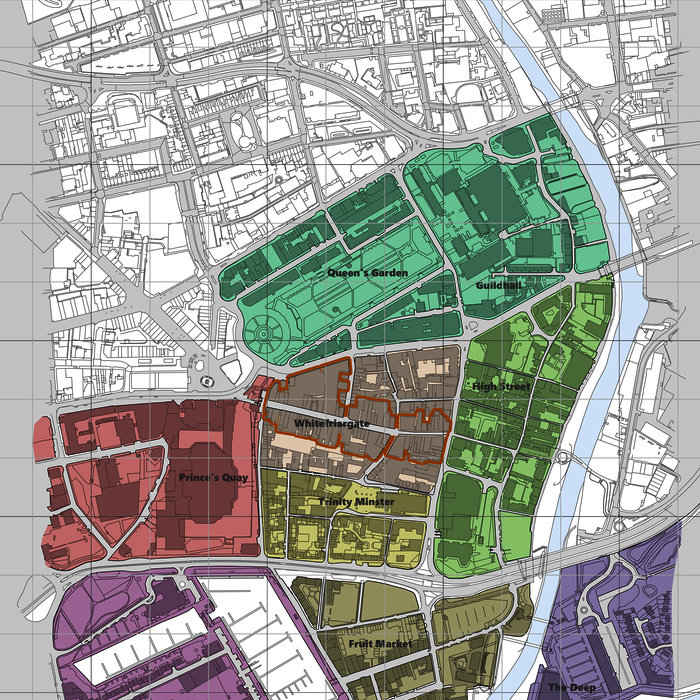 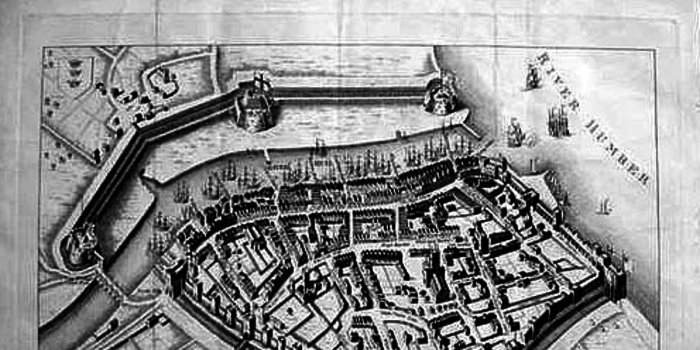 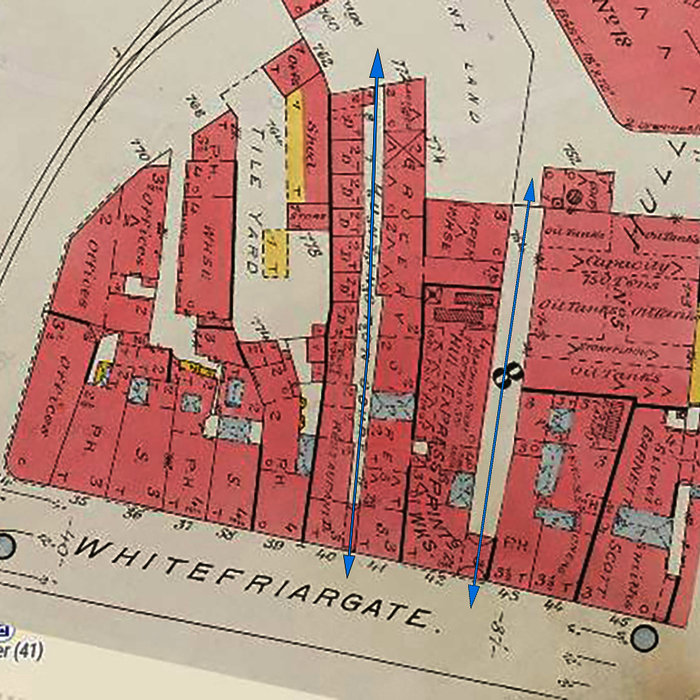